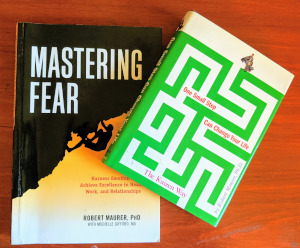 Click here to register for the webinar. There are books we read because someone gives them to us and suggests we should read them. There are also the books we go back and read again and again because we found advice that helped us in the past and confidently go back to read them to help us in the present. Then there are those books and authors we truly enjoy because they are simple to understand, and the message is so sincere and straightforward as you read or listen to them, that you feel you're talking with a friend. The two books I've enjoyed by Dr. Robert Maurer have been that way.
Read More

The Reality of Fear 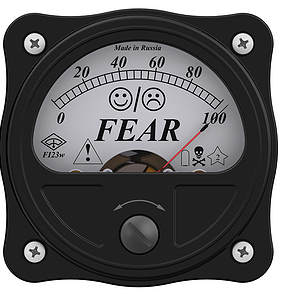 Fear in different degrees is something everyone deals with every day, and it's our ability to recognize and face our fears that allows us to grow and move forward. Whether it is the youngster leaving Mom for the first day of Kindergarten or deciding to climb on that two-wheel bike one more time, growth and accomplishment come with the courage to take the next uncomfortable step. What about the decision to go to college and declare a major, start a new job, sign a mortgage on a house, commit to a lifelong relationship, start a business, make decisions as a single parent, care for elderly parents, face sickness and tragedy. . . .
Read More 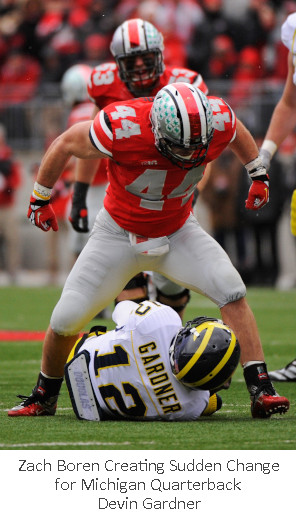 The first time I heard the term SUDDEN CHANGE, I knew it had so much potential to be applied and understood in business. Zach Boren was on a roll, and the phone was about to jump out of my hand as he passionately gave examples of SUDDEN CHANGE going on in his company. I could tell from the conversation that he knew that his team must continue to learn how to respond to it if they were going to reach the potential they are capable of. Zach is the leader of BOREN BROTHERS, a fast-growing and very successful company in the waste industry located in Columbus, Ohio. His brothers, Justin and Jacoby, lead GrassGroomers, an equally successful and fast-growing company in the landscape and snow and ice profession. All three brothers had the unique opportunity to gain their work ethic, leadership skills, and competitive spirit where few people have the privilege to learn it: on the football field. Each of the brothers created their own uniquely successful careers that led them all the way to starting positions on championship teams with the Ohio State Buckeyes football program. After that particular call with Zach, I was intrigued with the concept of SUDDEN CHANGE and have caught myself several times discussing it with other business leaders.
Read More

Love What Unites Us 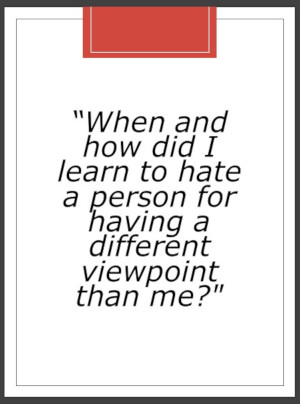 "TRUMP RULES - DEMS SUCK!"  That is what the individual who shared a story with me recently said he read on the back of the pickup truck he followed into the Home Depot parking lot.   "I stepped out of my car and pulled my bandana up over my nose and mouth," he continued with a slight edge to his voice. "And out of the corner of my eye, I see this guy open his door and jump down out of the truck, no mask, and start walking toward the entrance. I felt a desire to say something, yet thought I should probably refrain because anyone that would have to have a sign in their back window like he had and not wear a mask would probably welcome the confrontation and certainly neither of us would benefit from that."
Read More 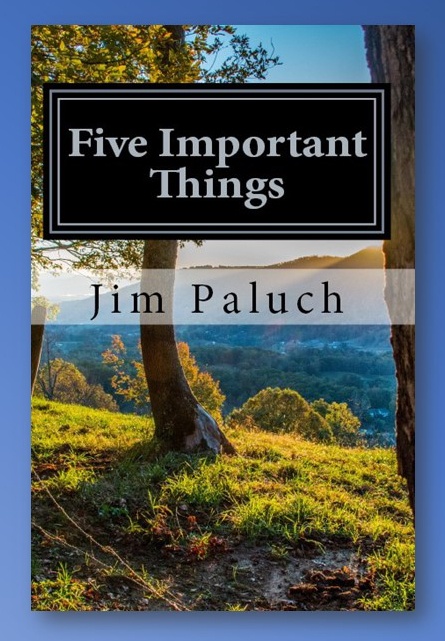 I Almost Quit . . . I was thinking recently about the days of writing my first book,Five Important Things, over 24 years ago. One topic in the book that comes closest to me is the subject this week. You see, I ALMOST QUIT. It wasn't just once or twice; there were several times I almost quit writing this first book. One month into the process, I had a chapter written. In my enthusiasm and exuberance to share this exciting project with others, to show off my writing ability, I handed it to several close friends for their praises. The critiques came back. "The dialogue's a little slow." "It's kind of depressing." "This is just a rough draft, isn't it?" The input from those well-meaning remarks inspired me not to write another word for another three months. In reality, I had quit writing the book.
Read More
All posts Next